The Porch Swing is near the greatest collection of amusement parks in the world. And it had been about 20 years since I’d been to the father of them all. So, recently Mrs. Swing and I found ourselves wandering through Frontier Land and came upon people taking pictures of themselves at the stocks. You know, the pieces of wood with three holes in them, one hole for the neck and two holes for the wrists, to immobilize and publicly humiliate lawbreakers. I hate being embarrassed, and started thinking about the whole idea and value of embarrassment as a punishment.

What a concept! Harmonizing transport regulations, yea! We should do this globally. Heck, why don’t we even start a sister subcommittee at the UN so that we can have one set of uniform regulations worldwide? What…? Wait a moment… We do? …oh, okay… Never mind. I apologize for that little diversion.

There are a lot of ways to get informed about the changes to Lithium Battery transport regulations. You can read blogs. There are webinars about what the changes are, and there are other webinars about how to comply come January 1st. LinkedIn has discussions about the changes. You can take on-line computer based training, or arrange to attend an in-person training. There are workshops at conferences and fora, and even white papers on the web. There is absolutely no lack of resources and information for those that are trying to comply.

But, from the perspective of my porch swing, we’re spinning our wheels. Almost all (and maybe all) of those taking training, watching webinars, reading blogs and articles and white papers, took training two years ago, have been watching webinars all along, and have previously read blogs and articles and white papers. The people who will be complying in 2015 are people who have been complying in 2014. Our problem isn’t with the people that are following the regulations. Compare the number incidents of undeclared or improperly prepared lithium battery shipments leading to problems against the number of properly prepared or properly declared lithium battery shipments leading to problems, and you’ll see that it’s the people who don’t know the regulations that are putting lives in jeopardy. All this talk and effort and time, and especially regulatory changes, are making, at best, incremental changes in preventing lithium battery incidents.

Dozens and dozens of times I’ve clicked airline disclaimers about HazMat on airliners, and claimed that I’m not bringing any HazMat with me. And I lie every time, because I am bringing HazMat with me. I do comply with the wording in the tiny, italic print regarding allowed amounts in my luggage. But the button I have to click doesn’t ask if I’m complying with allowable exceptions, technically it asks me if I have any HazMat period. This BS process misleads thousands, if not millions, of air travelers into believing that their lithium batteries and lithium battery powered equipment are not HazMat. When we as a society so thoroughly educate our air travelers that LiBatts (lithium batteries) are safe and non-Haz on airplanes, why are we surprised that when at work they think LiBatts aren’t subject to any DG regulations? Step 1: Stop the disinformation.

While we’re at air travel, let’s get airline security screeners on board. I’ve stopped asking fellow travelers if they have spare LiBatts with them, and if so, how they’re packaged/protected, because they way they look at me when I ask makes me feel that I grew a spare head or two. But, before I quit asking, I discovered most didn’t know about any requirements for spare LiBatts. Step 2: If security screeners don’t want to bring down airplanes, maybe they could insist the spare LiBatts they discover by X-ray or by search be properly protected before allowing the travelers to leave the security checkpoint.
Just as there announcements in airports not to leave luggage unattended, have announcements about LiBatts.

Ask travel agents and airlines to include educational information in every e-ticket. Again, this can’t be the same kind of ‘we don’t want to scare our passengers’ kind of notice we now have on electronic check-in kiosks. Gosh, I hate the ‘we don’t want to scare our passengers by letting them know there’s DG on airplanes’ philosophy. What do the passengers think the engines use as fuel, and where is it stored?

Require every battery manufacturer to include a notice, or put such a notice onto every LiBatt, explaining that any re-shipment or any non-personal transport of the battery is likely subject to transport regulations. This would probably arouse the curiosity of a small percentage of users, who would then change from the unknowingly non-compliant to the knowingly compliant.

Ask or require all battery retailers to include a notice or warning about LiBatts, in the same general fashion as the previous point. This could be on a tag, a sticker, or printed on the receipt.

Ask these same retailers to post a sign saying “All air shipment of Lithium Batteries are regulated as HazMat. Non-personal ground shipment of LiBatts are all regulated as DG/HazMat”, or something similar.
Take out public service advertisements on the radio.
Rent billboards beside highways.

Somewhere in between outreach and enforcement is the value that could be gained from the general public becoming aware of enforcement actions. But the only enforcement actions that would get the public attention would have to be huge, major penalties. Perhaps fines in the millions of €, £, or $ for an undeclared LiBatt shipment, or perhaps closing down a business for egregious non-compliance would get sufficient media attention.

In other words, if we’re not going to change our focus from regulatory re-writing to effective outreach, how about the modern equivalent of…

About Our Dangerous Goods Packaging

sales@cleanitup.com
PRODUCT EXPERTISE
Clean It Up offers remarkably larger varieties of products in all categories than are shown on our website. We specialize in best use solutions of products we offer jointly with the manufacturing partners we work with ongoing.
Solutions For:
Clean It Up Blog
© 2013-2017 CLEAN IT UP | A DIVISION OF TRI-STATE SERVICES AND SUPPLIES, INC. ALL RIGHTS RESERVED.
Privacy Policy & Security | Terms & Conditions 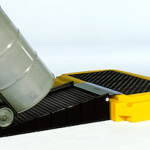 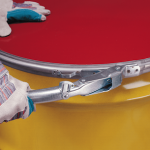